Home / News / Is There ‘Life’ After Death for John Wesley Shipp? 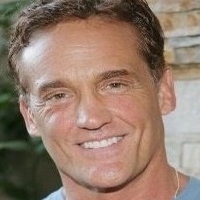 (SoapOperaNetwork.com) — After his character was killed off late last year as part of a still unsolved murder mystery, it appears that John Wesley Shipp may be headed back to Llanview as Eddie Ford, the late papa of “One Life to Live’s” infamous trio of Ford brothers.  Shipp made a rather lengthy comment on his Facebook page on February 25 praising the show’s production crew which read in part, “Thrill rides, today.  Highlight:  murder scenes under the—I feel like saying ‘baton’– of Director Jill Mitwell…I’ve experienced this at peak moments working on Broadway, in primetime, on film, and today with the terrific cast and crew of ‘One Life To Live.'”

In addition to Mitwell, the actor also compliments other members of “One Life’s” production team in his Facebook post, saying “Many thanks to Director Larry Carpenter for the morning scenes whch were quite a bit lighter (no murders) and Vince Cupone who–in coordinating fights and physical business–incorporates beat and motivation and reality into his process of keeping us safe and saving us from looking ridiculous most of the time unless we want to.”

Shipp joined the “One Life” cast on November 5, only to have his character killed off six weeks later.  He last aired as Eddie in a newly created flashback scene with youngest son Nate Salinger (Lenny Platt) in early January.  Nate, along with his siblings James (Nic Robuck) and Robert Ford (David A. Gregory), and the boys’ mother (and Eddie’s ex-wife) Inez Sallinger (Jessica Leccia) have all been considered as suspects in the case. Also under suspicion for the murder is Llanview’s perennial suspect Todd Manning (Trevor St. John), as well as good guy turned bad Clint Buchanan (Jerry verDorn), who hired Eddie to do his dirty work and kidnap and rough up is his ex-wife and sister-in-law Nora (Hillary B. Smith), much to the dismay of little brother Bo (Robert S. Woods). To further complicate matters, look for Joey (Tom Degnan) to accuse someone close to him of murdering the abusive, dead beat dad on Wednesday, March 9.

No word on Shipp’s upcoming airdates, or as to when his real murderer will be revealed.  In the meantime though, look for more references to the Eddie’s violent death to surface in the coming weeks.

This was Shipp’s second time in Llanview.  In 1989 he played the minor role of Blanchard Lovelace on “One Life to Live.” He is best known for the roles of Kelly Nelson on “Guiding Light” from 1980-84 and Douglas Cummings on “As the World Turns” from 1985-86.  He has also appeared on “Santa Barbara” and “All My Children.”  Shipp earned Daytime Emmy Awards for his work on “ATWT” and “SB.” Other credits include “The Flash,” “Sisters,” and “Dawson’s Creek.”

Zane Akram recently booked an Under 5 role on “OLTL.”  His scenes will air on Tuesday, March 15.