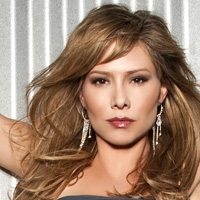 (SoapOperaNetwork.com) — Weeks after it was revealed that "The Bold and the Beautiful" had placed Kyle Lowder (Rick Forrester) on recurring status, news broke today that the show has done the same to Sarah Joy Brown who portrays Agnes 'Aggie' Jones on the drama series. Ironically, Brown is celebrating her 36th birthday today.

According to Nelson Branco in his latest Suds Report at TVGuide.ca, the actress has been placed on recurring status after being on the show for little over a year. This would explain why the actress wasn't in the soaps newest opening sequence, which premieres during the Monday, February 21 broadcast of the soap.

Prior to joining "B&B" in late 2009, Brown won several Daytime Emmy Awards for her portrayal of Carly Corinthos on ABC's "General Hospital" and was nominated in 2010 for her portrayal of Claudia Zacchara on the soap as well. She's also appeared in such shows as "V.R. Troopers," "Cold Case," "Without a Trace" and TNT's "The Closer."