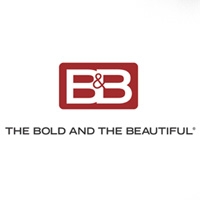 (SoapOperaNetwork.com) — If you watched today's episode of "The Bold and the Beautiful," you may not have known that you were getting your final look at the soaps current opening sequence, which was released in 2004, because on Monday, February 21 daytime's youngest soap opera will debut its third opening sequence since the show premiered on March 23, 1987.

In an interview with TV Guide Magazine, Executive Producer/Head Writer, Bradley Bell, revealed that the new sequence was created with the use of CGI.

"This is pretty monumental for us," said Bell. "We've always taken the if-it-ain't-broke-don't-fix-it approach to our opening credits. The first one was so good we kept it from 1987 until 2004 — unlike a lot of things from the '80s it never seemed dated. Our current one has been running for six and a half years. It's beautiful and still works, but now we want to let viewers know that our show is all about experimenting, not only with our storytelling but with our image. We want to be known as a show that's thinking outside the box."

In a taped segment posted on TVGuide.com, it was revealed that "late last year the folks at 'The Bold and the Beautiful' and CBS digital started out lining an idea for a completely new concept using the latest in cutting edge technology and digital effects. Meetings were had and ideas discussed. The result? What would happen if you could create the ultimate fashion show room in a virtual setting?"

"It's set up so that the various elements, from music to special effects, will constantly change," said Bell. "It'll be a fun, ongoing surprise for the audience."

To see how the shows opening has evolved through the years and get a glimpse at the new opening click on the video below.