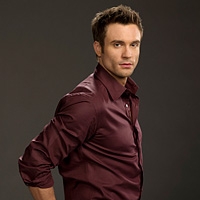 (SoapOperaNetwork.com) — A look at what's happening on "The Young and the Restless" during the week of January 31, 2011.

On Monday, January 31, Adam and Jack continue to work hard on the Newman Fund. That same day, they discover that Skye had a secret helper. Nick decides to call off being just friends with Diane; he wants more. Jana continues to outfox Kevin, while Deacon and Nikki’s romance continues to blossom. Friday, February 4, Lauren gets to the truth.

The Inside Story: Tragedy Looms Over Genoa City
Feeling himself corned and seeing everything slipping away, Cane decides that Katherine and Jill need to know the truth about his past. As he is telling them both about Blake and his involvement with him, Colin suddenly arrives. Seeing that something is up, Colin and Cane step outside for a private conversation. Cane informs his father that he’s told Jill and Katherine about his past, and will soon tell them about who he really is. A furious Colin decides to step up his threats by telling Cane that if he opens his mouth to Jill and Katherine, he will have no choice but to get rid of Jill: permanently. Knowing that his father is true to his word, Cane has no choice but to continue telling Jill and Kay everything, minus everything he was going to reveal about Colin. Katherine, knowing that something more is troubling Cane, and her dislike for Colin, begins to wonder what else Cane was going to reveal. Getting the young man alone, Katherine learns that Lily is devastated by Cane’s revelation and promises to help him. She calls Lily and talks her into meeting Cane so that the two of them can talk some more. A hesitant Lily relents and the strained couple meet to talk. During their conversation, Lily tells Cane that if he’s not hiding anything else from her, he can come back home. The minute that he becomes hesitant, a furious Lily tells him that she wants him packed and out of the house immediately. Cane pleads with Lily that for her and their twins safety, he can’t reveal everything. Not wanting to hear any more of what he has to tell her, Lily demands that he pack his bags and move out. Once away from Cane and with the twins, Lily has a run in with Blake, who also tries to get him to hear his version of the ‘truth’, but an angry Lily lashes out, telling Blake to stay away from both her and her babies. Back at the apartment, Cane records a heartfelt message for the twins. A heartbroken Cane tries once more to talk to Lily in hopes of getting her to believe him. When he makes the suggestion to run away together, Lily tells him that he needs to stop running away from his problems and face them. It is then that Cane later sets a plan in motion to not only prevent Jill from marrying Colin but to also end his problems for good. An unhinged Blake is requested to take care of one more matter for Colin. As Lily leaves a building with the babies, Blake takes his aim. Seeing that his wife is in danger, Cane springs into action to save her. As Lily screams in horror, Cane’s body hits the ground. As news spreads about Cane, Malcolm and Neil race to be by her side, while back home, Victoria and Billy comfort Katherine and Jill. Later, when Colin comes to ‘comfort’ Jill, she makes the remark that she’ll make whoever harmed Cane pay dearly.

A Closer Look:Another Round of Losing It All
Wanting to gain permanent custody of Faith, Nick pleads his case to the judge, who agrees to give the case another look. It is the judge’s decision to bring Nick and Sharon back to the court room to determine who will obtain custody. While Nick feels confident that he will get his way, a nervous Sharon asks Adam to be there in court to give his moral support to her. Adam, however tells her that it is best to stay out of the court room, fearing that it could only hurt her chances if the judge sees him there. Once in court, Sharon takes to the stand and tells the judge that the primary reason why Nick is going after custody of Faith is because of her choice in who to be involved with. She further points out that she isn’t a bad parent at all; she loves her daughter, While the proceedings are still going, Adam watches on from a distance. The judge returns with a decision and crushes Sharon by saying that Nick will have full custody of Faith based off of the murder allegations against her. Sharon immediately pleads with Victor to help her but he rebuffs her by keeping the truth to himself. A broken-hearted Sharon has no choice but to give Faith back to Nick. When Adam hears the news, he wants to rip into Nick, but Sharon tells him that it is best that he leaves things alone. Holding her close, Adam promises to do whatever to make things right for her.