(SoapOperaNetwork.com) — “ABC World News Now” and “America This Morning” co-anchor Vinita Nair is set to make her “One Life” debut as the doctor on call when a Llanview resident is rushed to the hospital after going into labor.

It appears that, despite Marty’s threats of outing Natalie’s baby secret, there is still some good in her as she tends to her nemesis when she begins having contractions, and ensures that she makes to the ER in time to give birth.

Meanwhile, John remains in the dark as he stands vigil at his fiancé’s bedside as the news reporter, playing the Under 5 role of Dr. Nair (no less), gives her some words of reassurance regarding her condition.

This is the first acting role for the Texas native, who worked as a reporter for television stations in Illnois, Nebraska, and Colorado before joining ABC News in December 2007.

Look for her scenes to air on Tuesday, January 11. For a behind-the-scenes look at Nair’s day on the set, along with interviews with Erika Slezak, Michael Easton, “OLTL” Executive Producer Frank Valentini, and Head Writer Ron Carlivati, check out the clip below: 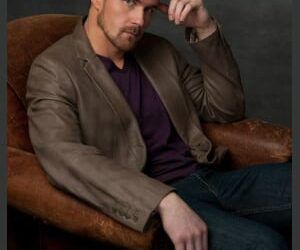 Josh Duhamel Return in Works at ‘All My Children?’

Is Beyoncé’s Mama ‘Crazy In Love’ With a Soap Hunk?