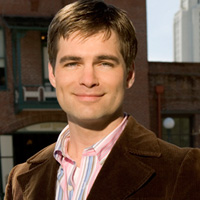 (SoapOperaNetwork.com) – “All My Children” keeps things busy during the last two weeks of 2010.

Brittany Allen last airs as Marissa Tasker on Tuesday, December 21. The “All My Children” role originated by Allen in April 2009 has been recast. Allen is reportedly dating Finn Wittrock who exits the role of “AMC’s” Damon Miller early next year. Miller and “AMC” agreed to part ways earlier this month, coinciding with the actor completing one year of his contract.

Sarah Glendening takes over the role of David Hayward (Vincent Irizarry) and Krystal Carey’s (Bobbie Eakes) daughter on Monday, December 27. Prior to landing this role, Glendening was best known for her work as Lucy Montgomery on the CBS soap opera “As the World Turns.”

Nearly a week after rumblings about a new opening first hit the internet, “AMC” Executive Producer Julie Hanan Carruthers confirmed the news to the TV Guide website and gave them the exclusive first look at their new opening. On Wednesday, December 22, “AMC” will debut its brand new opening for the first time on network television. Gone is the emphasis on the album and photographs and in its place is a scenic tour of Pine Valley and its citizens.

Daniel Cosgrove reclaims the role of Scott Chandler on Monday, December 27. The Emmy nominated actor who has spent the better part of the last decade on CBS soap operas started his daytime career on “AMC” in this role of Scott. Cosgrove previously played the role from from 1996 to 1998. Last we saw Stuart Chandler’s son he was being carted off to prison in the form of actor Adam Mayfield on October 15.

Michael McCarthy debuts as Father Clarence on Monday, December 27. Since his debut in 2003, the angel has brought about almost as much death and horror – just ask little Kathy Martin – as enlightenment and good and will air in at least two episodes this holiday season. Among the Father’s flock this year are one of his regulars Kendall Hart Slater (Alicia Minshew) and the widow’s mother Erica Kane (Susan Lucci). Malachy McCourt, who originated the role, couldn’t return to the role this year due to a personal emergency.