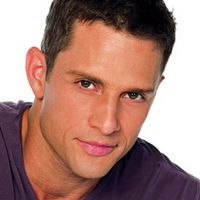 (SoapOperaNetwork.com) — Several minor characters will help provide major drama for some of Llanview’s leading citizens in the weeks ahead.

Actor and Minnesota native Tim Turner is set to play a trainer at Rourke’s Gym when Cristian Vega returns to his boxing roots on Thursday, December 9th. However, this time around don’t look for the tortured artist to be stepping back into the ring. Instead, he will be giving lessons to the eldest of the Ford brothers, who decides that it is time to brush up on his self-defense skills.

Nick Choksi first airs in the recurring role of Vimal on Friday, November 19th. Expect Vimal to be under the thumb of Clint Buchanan.

Carman Lamar will be returning to Llanview in the coming weeks as “Maid #2.” Lamar has previously played a nurse and a crash victim on “OLTL.”

Get ready for some more medical drama when Mellini Kantayya returns as a Llanview Hospital Nurse on Wednesday, December 15th.

Max Tapper (Det. Theo Price) wrote on Facebook on November 12th that “Price is in the house today. Shooting a scene with Danielle and Star!  Price is done for the day. Would you let me arrest you if i came to your door like this?”

ABC Soaps in Depth is reporting that Josh Kelly‘s new character will be named “Cutter” and that he will become mixed up in the Joey/Aubrey/Kelly storyline. Expect him to first air near the end of the December.

Although they won’t actually appear on screen, expect a few former Llanview residents to be mentioned in the coming weeks. On Monday, November 29 John is met at the airport by Natalie after he returns from spending Thanksgiving with Michael and Marcie in Seattle. And on Tuesday, November 30, Todd gives James some advice on how best to deal with an abusive parent by relating his history with his evil step-father Peter Manning, which leaves the young man with some deadly food for thought.

In more Kourtney Kardashian news, the infamous socialite comments on her website that “I acted today on ‘One Life To Live!’ My acting debut…what an experience. One I will never forget. A very interesting day to say the least. I made sure to stir up lots of drama! I got hooked on ‘OLTL’ the summer after 7th grade and used to always pretend to be sick to stay home and watch it. It was so much fun to be on set so many years later and actually be acting with the cast. My scenes were with Cristian and Blair. My episode will air in March so stay tuned!” On a related note, “OLTL” Executive Producer Frank Valentini states that “We are excited to welcome Kourtney to the show. We also look forward to the opportunity for this unique collaboration between the two shows. While Kourtney and Kim take on New York, we are thrilled to have ‘One Live to Live’ take on Kourtney.”

Kassie DePaiva (Blair) tweeted on Tuesday that she “Shot 3 shows today. Had dinner with my family. Working tomorrow. Hope everyone is doing well.”

And Kristen Alderson (Starr) tweets that she had an “Easy/fun day (Nov. 16th) at work,” “Refreshed & ready for a long work week (Nov. 14th),” and on Nov. 13th that “I just got a really alarming message. If ANY Sole fans are attacking the Jarr fans on a personal level, this needs to stop NOW.Not cool..” Alderson also states that, as one of the perks of working for Disney, she and her co-stars got copies of “Toy Story 3” on DVD.