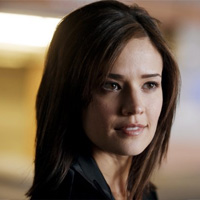 Spinelli searches for a lead on “Jack” under Jason’s direction. Dante admits to Sonny that he knew Brenda in 2007. Michael tries to convince Carly to forgive Dante. Michael warns Jason of his mother’s behavior, and Jason advises him to keep moving forward with his life.

A torn Claire remains in love with Sonny. Sonny finds out that before the car bomb case, Claire submitted a release that allows Sonny to see Michael.

Edward makes Ethan and Maya an offer they can’t refuse: stay married for 1 year, and he’ll give them $1 million.

Lucky calls Siobhan out on wanting to flee their oddly comfortable relationship. Elizabeth meets Siobhan for the first time and is skeptical.