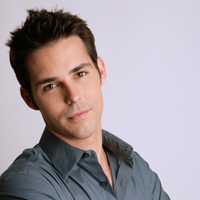 Jason and Dante prepare to ambush the Balkan in the exchange of Brenda for Siobhan. Despite Jax’s warnings to stay out of it, Carly continues to push Spinelli for more evidence of Brenda’s past. When Balkan henchmen appear with tied up Siobhan for the trade, Dante shoots before Jason gives the order.

Patrick tries to comfort Robin in the aftermath of the fire. Patrick tells Robin she has contracted a dangerous infection that is serious given her HIV condition. Lisa makes a persuasive argument to Nikolas of her innocence.

Matt cheers up Maxie when she mourns the loss of the home she shared with Georgie.

Sonny learns Claire had the evidence against him thrown out and learns Claire is now under investigation by internal affairs for helping him. Ethan worries about Kristina and how will she react when she finds out they lied to her about the car bomb.