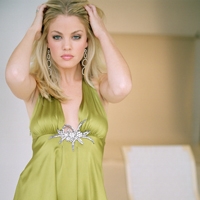 Ford confesses his love for Tess who reveals that she feels the same way about him. Despite the almost insurmountable odds against their love everlasting, they kiss. Ford helps her escape. Brody feels he’s lost Jessica forever.

Natalie now knows that she and John are definitely over. Brody doesn’t feel comfortable living in Llanfair anymore. Natalie understands but wishes he wouldn’t go – for Liam’s sake. Brody promises that he’ll always be a big part of his son’s life. As he’s leaving, Natalie kisses him on the cheek – and before they know it, they’re kissing passionately.

Téa tries to reason with John to let Todd go. Todd toys with telling John about Liam but wants John to agree to drop any charges against him. Todd taunts him about Natalie and the son he never had. John, enraged, holds Todd at gunpoint.

When Nora vows that Clint won’t ever get Matthew’s heart, Clint claims to have no knowledge of Matthew’s condition. He swears he’d never sacrifice Matthew’s life for his own. Later, when Viki tells him that Bo feels there’s no hope that Matthew will improve, Clint doesn’t back off his conviction that he’d rather die than take Matthew’s heart.