(SoapOperaNetwork.com) — Two “All My Children” actors may be gone for good but the characters they play are apparently here to stay.

An “All My Children” spokesperson tells Soap Opera Network that Brittany Allen and Adam Mayfield are leaving the roles of Marissa Tasker and Scott Chandler later this year.

Mayfield debuted in the role of Stuart Chandler’s (David Canary) adopted son Scott on April 9, 2009. Mayfield was the forth mature actor to take on the role of Scott. Preceding Mayfield were Shane McDermott from 1995 to 1996, “ATWT” alumni Daniel Cosgrove from 1996 to 1998 and “OLTL” alumni Forbes March from 1999 to 2000. Brittany Allen debuted as David Hayward (Vincent Irizarry) and Krystal Carey’s (Bobbie Eakes) daughter Marissa a few weeks after Mayfield on April 21. Allen, especially, never caught on with the audience as the good girl but oft-time dull wife of JR Chandler (Jacob Young).

Speculation (due in part to this recent blind item from Soap Opera Digest: “One sudser has plans to recast two roles in a major storyline”) is that both characters are set to be recast in an effort to infuse them and the Chandler story with a new energy. Last month a casting call went out for a young female character who some at the time suspected would turn out to be a recast for Marissa. Former Scott’s, March and Cosgrove are currently available for the picking.

SON will keep you updated as news continues to develop on this story. 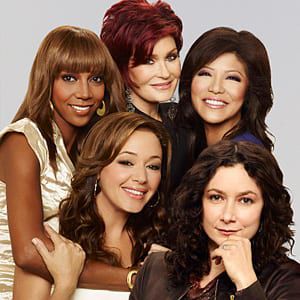 Time and time again we've been asked how daytime shows (those airing only on ABC, CBS and NBC) such as "The View," "The Price is Right," "Let's Make a Deal" and even "The Talk" do in the ratings compared to the daytime soaps that we report on weekly here at Soap Opera Network. So we thought we would compile ratings for daytime programming, separate from just the soaps, and also see how CBS' "The Talk" is doing when compared to "As The World Turns," the show it replaced this season.

Hulu has released its newest video promoting the returns of "All My Children" and "One Life to Live." The video, titled "They're Back," gives viewers a glimpse into how much edgier, sexier, hotter and bolder each soap now is as they get closer to their online debuts courtesy of The OnLine Network.

Despite Michael Easton's announcement early this morning, where he stated that after February 8th he would be exiting "General Hospital," along with Roger Howarth and Kristen Alderson, due to "some ongoing legal this and that," an ABC spokesperson tells Soap Opera Network that all three will remain an essential part of the "GH" canvas for the foreseeable future.