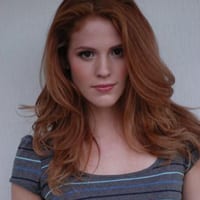 (SoapOperaNetwork.com) — Lucky Spencer (Jonathan Jackson) may have found himself involved in more baby daddy drama courtesy of long-time love Elizabeth Webber (Rebecca Herbst), but ABC’s “General Hospital” has cast actress Erin Chambers in the recurring role of Siobhan, who plays a part in the upcoming early fall Lucky storyline, according to an ABC representative.

In addition to her upcoming work on “General Hospital,” Chambers had a recurring role on NBC’s “Days of our Lives,” where she portrayed the role of Lacey Hansen. In addition to her apeparances in episodes of SciFi Channel’s “Stargate: Atlantis” and CBS’ “Medium.” More recently, she appeared in CBS’ “Ghost Whisperer” and “MIami Medical.”