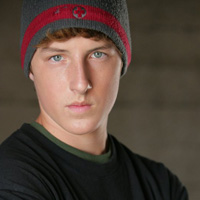 (SoapOperaNetwork.com) — We previously reported that actress Erin Chambers was joining the cast in the recurring role of Siobhan, and now it looks like Wednesday, September 15 is turning into a big day on ABC's "General Hospital" as a number of other recurring characters swarm into the town of Port Charles on that same day in what appears to be a Port Charles High School related storyline.

Maitland McConnell will begin airing on Friday, September 3 in the role of Ali. The actress has appeared in numerous CBS series including "Ghost Whisperer," "CSI: NY" and "Rules of Engagement."

Relative newcomer Chad W. Smathers is set to start airing on Wednesday, September 15 in the role of Bryce. Smathers' TV credits includes roles on such series as "Zoey 101" and "Without a Trace." He also appeared in the Robert De Niro and Cuba Gooding Jr. film "Men of Honor."

Newcomer Simon Potter will play the role of Liam beginning with the Wednesday, September 15 episode.