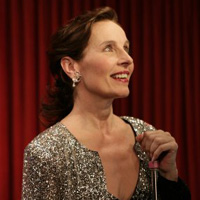 (SoapOperaNetwork.com) — Andrea Marcovicci, 61, has been cast in the recurring role of Sophia on ABC's "General Hospital" beginning next month. According to the soap, she will be part of the upcoming Sonny Corinthos (Maurice Benard) and Brenda Barrett storyline, which recently kicked off with the return of Brenda's portrayer Vanessa Marcil Giovinazzo.

Marcovicci is best known for her roles in such shows as "Berrenger's" and "Trapper John, M.D." The actress appeared in the 2009 film "Irene in Time" and was part of the Motion Picture Soundtrack, in which she sang the song "Forever In Time We'll Be."

Her first airdate on "GH" is scheduled for Friday, September 3.