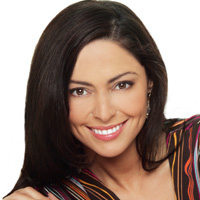 Viki and Charlie put their plan to make Dorian and David jealous into motion.

Cole tries to get the truth from Hannah about her insanity defense, but Hannah isn’t forthcoming. James comes clean with Starr that he started to feel something for her when they were on the run.

Dani and Nate are met by Nate’s mother Inez, who insists on returning the money. She gives the check to a nurse, asking for it to be used to pay for James and Ford’s medical expenses, her two sons she abandoned.

Eli reminds Todd that he hasn’t forgotten that Todd killed his brother Ross and Téa reveals that Ross is still alive.