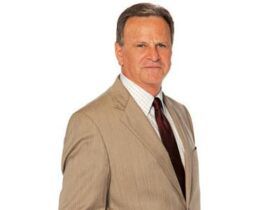 (SoapOperaNetwork.com) — The “One Life to Live” starlet turned more than a few heads when she stepped onto the red carpet at this year’s Daytime Emmy Awards telecast, most of which were likely looking at something other than her pretty face.

It’s no secret that Archer, who has portrayed Natalie Buchanan on “OLTL” since 2001, has always been rather well endowed.  However, the slinky, low-cut black cocktail dress she wore to the June 27th awards ceremony left little to the imagination.  Mere inches of fabric separated the actress from a Janet Jackson-type wardrobe malfuction.  One has wonder what Archer was thinking when she chose to wear such a revealing outfit.  But don’t take our word for it.  Check it out for yourself…