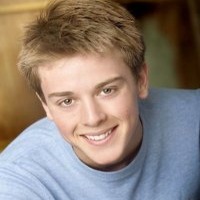 Michael is unable to focus during a self-defense drill with Jason in the prison yard. Jason asks Michael about Carter, but Michael can only muster a warning that he is dangerous. Dante arrives to visit Michael, but Jason appears instead.

Brook declines an offer to live at the Quartermaines, but makes it clear to Carly that she has options if she chooses not to seduce Dante. Carly instructs Brook to make Lulu feel insecure through Olivia.

Kristina finds some haunting similarities between her father and Kiefer.

Nik makes it clear to Liz that he can offer her children a better way of life. After talking Robin and Patrick decide together that Robin should go to Africa for 3 weeks.

Maxie pretends to talk to Matt on the phone to Spinelli’s dismay.