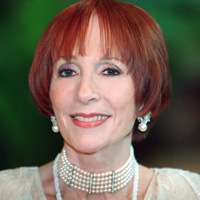 Marty takes the stand in Todd and Blair’s custody hearing. Marcie is affected by all the mentions of Hope she overhears and later tells Michael they need to talk.  Cole sees Michael with Hope at the diner.  Starr opens the door to find Marcie there with Hope in her arms.

Marty arrives at the school in the nick of time to see Cole graduate.  Cole is disappointed that he won’t get a real diploma until he passes summer school.  Asher approaches Cole on the docks.

Dorian’s blood boils when she can’t seem to escape being bombarded by happy couples, which only reminds her of how alone she really is.

Renee suggests that Viki and Charlie should have a double wedding with Clint and Nora.