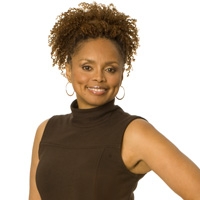 Angie is determined to get her sight back after David gives her a detailed treatment plan. Jesse’s suspicious of his motives but Angie assures her husband that David will not control her. David tells Angie he wants her back on staff but if she keeps listening to everyone else she’s going to remain blind as a bat. Angie slaps David but decides to start treatment.

Ryan wonders how David pulled off the acquisition of the hospital and he promises David he will figure out what he’s up to. Ryan meets with Jesse and informs him that he overheard a conversation between David and Erica and wonders if he’s somehow connected to Erica’s kidnapping. He’s even considered the possibility that David orchestrated Greenlee’s car wreck. Jesse thinks Ryan’s hunch is worth investigating. Ryan is upfront with Greenlee on what’s going on and promises that David won’t hurt her again.

Colby takes Asher to the Yacht Club and even though it’s closed for a graduation party, they get to hang out until the guests arrive. When Colby starts to sing Asher’s in awe of her voice. Colby admits she’s fantasized about being a singer.

Angie interviews Maya for a babysitting position. When Colby brings back a cupcake for Maya and tells her to kick back and relax with her and Asher, Maya strongly refuses.

Kendall admits to Griffin that she ran away because she was trying to get away from him. He reminded her of all that she’s survived this past year.

Madison starts off doing excellent during the presentation but freezes in the middle of it when she is bombarded with memories of losing her baby. Greenlee steps in and finishes up and Madison admits she’s not ready to come back to work. Greenlee realizes that everyone at Fusion sees her as the bad guy and when Jackson shows up she seeks comfort from her father. Jackson reminds her that just because Ryan reaches out to others doesn’t mean he’s turning his back on her. Ryan realizes he’s been so focused on Madison that he’s turned his back on Greenlee and he tells her how sorry he is for that. While in the park with Griffin, Kendall spots Madison who is disoriented and showing signs of exhaustion. Madison freaks out when Griffin mentions taking her to the hospital but before she can object she faints. Griffin diagnosis Madison right then and there with extreme exhaustion. Kendall promises Madison that she’s going to help her get through this. Griffin tells Kendall she saved Madison.