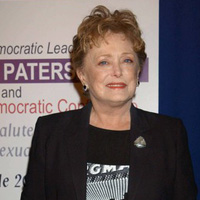 (SoapOperaNetwork.com) — Hollywood loses another legendary actress as Rue McClanahan, one of the last remaining “Golden Girls” (Betty White being the other) died this morning due to an apparent stroke, her management said.

While most may remember the actress as Blanche Devereaux on popular NBC comedy “The Golden Girls” or as Vivian Cavender Harmon in CBS sitcom “Maude,” you probably didn’t know that she made a name for herself in the early 1970’s with her roles on daytime soaps “Another World” and “Where the Heart Is.”

Estelle Getty, who played mouthy Sophia Petrillo on “Golden Girls,” died of natural causes on July 22, 2008, while Beatrice “Bea” Arthur, who played Dorothy Zbornak, died on April 29, 2009 after a battle with cancer.

McClanahan was 76 years old. She died this morning in New York City at around 1:00 AM.