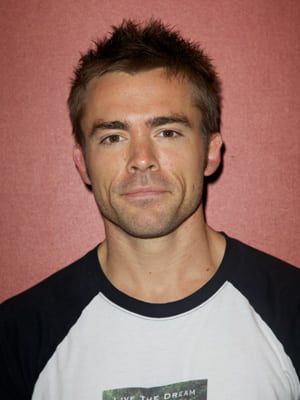 (SoapOperaNetwork.com) — Will you marry me?

Brody tells Jessica it’s time to go out on their date. They soon arrive at Ultraviolet, where they bump into Cristian and Layla on Tuesday, April 13. Lifehouse takes the stage and prepares to rock Llanview. Brody decides not to give up on Jessica without a fight. Jessica tells Marty that her plan all along was to lose her virginity to Cristian on prom night. By Thursday, April 15, however, Jessica buys only one ticket, after Cristian makes it clear to her that he is taking Layla to the prom. Elsewhere in Llanview, Bo gives Nora some good reasons why they should get married. Matthew and Destiny meet Nate, who has been cast as Cole in the musical. Ford continues to rendezvous with pizza delivery girl Karen, while assuring Langston that she is the one and only woman for him. Dorian sings Markko’s praises to Langston.  Starr tells Cole about Langston and Ford, and that she is likely breaking up with Markko as they speak on Monday, April 12. Cole has the wrong idea when Cole joins him at the diner. Langston lies to Starr about ending things with Ford. And, on Friday, April 16, Dorian asks Charlie to oversee construction of a new Llanview City Center. Viki arrives at the Palace, where she sees Charlie and Dorian together.

The Inside Story: All in the Name of Love

Eli catches Téa when she faints in the courtroom during the custody hearing. Over dinner at the Palace on Tuesday, April 13, Jack tells Todd that the reason he’s so miserable is because he misses Téa. Todd gets under Blair’s skin as she awaits Eli’s arrival for their dinner date. Meanwhile, Eli takes Téa to the hospital, where Greg urges her to schedule a physical. Later, Eli sweeps Blair off her feet, and apologizes for being late. On Wednesday, April 14, Téa is asked by Todd if they would be together if Danielle didn’t hate him. Back at the apartment, Hannah accidentally spills coffee on her blouse while with Cole. Todd arrives just as Hannah is removing her shirt. Misinterpreting what he sees, Todd is ready to beat up Cole, all the while vowing to get him out of Starr’s life once and for all. Afterward, Starr observes Cole and Hannah in an innocent embrace. Meanwhile, Natalie confides in Brody that she has feelings for John again. As Marty eavesdrops, she tells him that she and John might have gotten back together if it hadn’t been for the baby. Later, Natalie bickers with Marty over John, but soon regrets what she says. Starr is forced to relive her painful past while rehearsing for Langston’s musical. By Friday, April 16, Todd unleashes his anger on Marty, who refuses to take any of his crap. Marty dishes it right back to Todd, going as far as stating that he alone is to blame for his sorry excuse for a life. When she points out that everyone will be happy but him, Todd leaves Marty with a subtle threat. Not long thereafter, Marty suffers a terrible accident as she is leaving the hospital. Cole is stunned when Starr takes her father’s side over his.

Fish asserts his rights as father to Sierra Rose at the custody hearing. After seeing the love he has for his daughter, Gigi agrees to drop her quest for custody of her niece on Monday, April 12. Fish and Kyle reassure Gigi that she will always be a part of Sierra Rose’s life. Kyle confirms to Rex that the stem cells which saved Shane’s life came from Mitch after all. On Tuesday, April 13, Allison claims to Rex that she has no idea who is parents really are, however she does give him the name of a nurse who may be able to help. By week’s end, he and Gigi meet with Nurse Wojohowitz in search of answers. And Rex receives proof that he is not Mitch’s son. Elsewhere, Kelly and John speak with Mrs. Stevens, the administrator of the California sanitarium where he mother passed away. After determining that the calls originated from her office, Kelly is approached by a strange man. On Wednesday, April 14, Mrs. Stevens tells them that the man was a completely harmless, mute patient named Rodney. John suspects Rodney is connected to the cryptic phone calls Kelly has been receiving.