(SoapOperaNetwork.com) — One controversial life to live.

“When trying to please everyone, you ultimately please no one.” Truer words were never spoken. After limping on one leg into 2010, things seem to have gone from bad to worse for “One Life to Live.” And, while the majority of the criticism has been justified, some of it is simply the result of misinterpretation.

Last week, the website IrishCentral.com posted a story in which they villified “OLTL’s” recent St. Patrick’s Day tribute as “the most disgraceful depiction [they had] ever seen.” The site takes particular offense to Llanview’s resident drunk, Roxy Balsom, who was dressed in green from head to toe in honor of the holiday, and offering free beer to patrons of her hair salon, Foxy Roxy’s. Now, in and of itself, that does sound bad. When placed in the proper context, however, there is more to it than meets the eye.

As mentioned in the article, the author’s wife observed “One Life’s” St. Patty’s Day celebration while apparently channel surfing. Based on her assessment of the episode in question, it is a fair assumption to make. Because if she were a regular viewer she would understand that neither the character of Roxy, nor the show itself for that matter, where intentionally trying to offend Irish-American viewers. Those of us who actually watch the show on a frequent basis understand that Roxy is, in essence, an equal-opportunity drunk. March 17th is not the only day out of the year that Roxanne Balsom hits the sauce. And St. Patrick’s Day is not the only holiday in which she flamboyantly expresses her free-spirit personality either. Whether it be Halloween, Christmas, Columbus Day, the 4th of July, Groundhog Day, National Potato Week, or Presidents Day, chances are that you see Roxy consuming more than the legal limit of alcohol.

But this is what happens when a casual or first-time viewer watches only one or two episodes and misinterprets what they see without investing more time into the show, or researching the soap’s background and recent plotlines. True, soap stories often move at a snail’s pace, however, crucial details can still be missed by only occassionally tuning in.  Furthermore, I find it highly amusing that the people over at Irish Central think that “One Life to Live’s” St. Patrick’s Day episode was the most offense they have ever seen. Do these people even realize how the rest of America celebrate the St. Patrick’s Day? Contrary to what they may think, most Americans do not spend the day in church or studying up on the history of the saint himself. Instead, the vast majority of us wear green (for fear of getting pinched if we don’t), consuming several bottles of brew, hanging out in bars, and proudly sticking buttons to our clothing with such sayings as “Kiss Me, I’m Irish.” And let’s not even get into talking about leprechauns, rainbows, and pots of gold.

Also, just look at how other television shows have honored St. Partick’s Day. An episode of “Family Guy” had a plane landing on a runway in Ireland that was littered with thousands of beer bottles. Or what about “Beverly Hills, 90210,” which had a storyline where a newspaper editor came up with a new St. Patrick’s Day marketing campaign, where he dressed a midget up as leprechaun and offered a pot of gold to the first person who captured him. Or how about “The Simpsons,” where 10-year-old Bart gets drunk at a St. Partick’s Day parade and the town of Springfield imposes a ban on prohibition, only to have Homer (his father) secretly supply the local pubs with alcohol. And, of course, there’s the episode of “The Office,” where the gang celebrates the special day each year with a big party at a local bar, where they get drunk.

The point is that there are a lot worse St. Partick’s Day celebrations out there, both in real and reel life, that are much more stereotypical and insulting than “OLTL’s” town drunk dressed in green, and a bar full of off-duty cops drinking (only after giving their car keys to the bartender) and singing “Danny Boy.” In addition, Irish Central’s claims that “Everyone, not just Irish-born or of Irish ancestry, should be offended by this show. We have decided that we will not watch anything on ABC.” Well I am part Irish (my paternal grandmother’s grandparents immigrated to the U.S. from Ireland in the 1860’s), and I did not find it offensive at all. On the contrary, I found it to be rather amusing, as I know a lot of other people with Irish blood did as well. As for boycotting ABC, just go ahead and do that. In a few months, I’m sure they will be watching ABC again, as to most people to claim they are going to snub the network (among other things).

Along those same lines, gay and lesbian viewers have also threatened to boycott and protest “One Life to Live” and ABC, however for a much different reason. Instead of being pissed off that the town drunk was seen drinking green beer on St. Patrick’s Day, they are upset that the show has decided to write off its only same-sex couple. But that’s only half the story. Various media outlets have reported that the firing was not merely based on ratings, focus groups, or storyline direction, but instead was a direct result of the irresponsible behavior of the actors involved in the firing, Brett Claywell (Kyle Lewis) and Scott Evans (Oliver Fish).

In what appears to be an all to familiar occurrence for the Alphabet network, the stars of their shows are thrown under the bus in hopes that the network to gain sympathy and garner support for their errant decision-making skills. Some claim that the ‘Kish’ firing was simply a means to an end, and that Claywell’s excessive partying and Evans’ frequent absences resulted in scenes being cut or filmed at the last moment. Both actors, however, have disputed claims that their on-set behavior was anything less than professional. So who do you believe….two recently fired actors who were just doing their job, or a network and show known for being less than honest and forthcoming? Hmmm…that’s a tough one.

I recently received an e-mail from long-time “OLTL” viewer Willie Thomas, who asks the the soap not to push Kish into the closet. “Kish has transcended their sexuality. They are the ONLY decent love story on the show. I have been a viewer of ‘OLTL’ for over 20 years. I am a person in my mid 30s. But simply put there is nothing worth watching once Kish leaves,” writes Thomas.

So what bugs you about “One Life to Live” these days? Be sure and drop me a line…I would love to hear from you, and I just might use your comments in an upcoming column.

It appears that no one was able to correctly identify the mystery country music star from last time. The answer was Bill Anderson, best known for such hits as “Mama Sang a Song,” “For Loving You,” “World of Make Believe,” and “I Get the Fever.” While on “OLTL,” Anderson shared scenes with Becky Lee Abbott (Mary Gordon Murray), who was involved the father/son oil tycoons Asa and Bo Buchanan.

In case you missed the clues, here they are: This real-life country music singer appeared on “One Life to Live” as himself several times in the early 1980s, where he took to the stage of the Grand Ole Opry with a certain young lady (who was involved with both a father and son), made her singing debut.

Now it’s time to play another round of “Llanview, Who Am I?,” a new feature where you have to use the clues to figure out the identity of a mystery character from “OLTL’s” past. See if you can figure it out. Good luck!!!

It’s a short one this time. What 1960s music group visited Llanview in 1988 to sing a few tunes with their old pal Bo Buchanan?

So who is this mystery rock band from the past? I’ll have the answer in the April 15th edition of “My View of Llanview.” Also don’t forget to tell me what bugs you about the show these days. I love hearing from fellow “OLTL” fans. And don’t forget to check out my Twitter page for all the latest OLTL news and information at SON.

Now, before I wrap up this column, I’m going to look into my crystal ball and give you a quick sneak peek at a few things coming up a few weeks down the road. These are for the week of April 19th. Someone makes a horrific discovery. A guilty finger is pointed at a loved one’s old flame. A woman is grateful for another’s support. Will a wife give her husband what he’s been hoping for? Suspicions grow concerning a certain Llanview citizen. And a teen is tempted to fess up to his best friend about what has been going on behind his back.

Well that’s concludes yet another edition of the column.  Thanks for reading my inchoherent ramblings on the present state of my favorite soap. Hope everyone has a safe and wonderful Good Friday and Easter holiday weekend. Enjoy the warm weather. Take care! 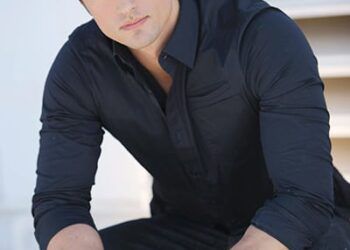 Ronn Moss Back On Stage As a Rock Star! 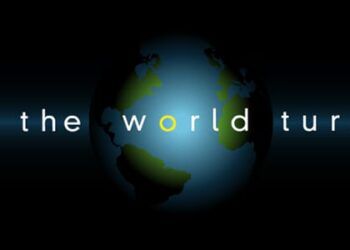 AMC Teasers: Week of May 16 Edition