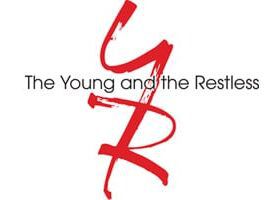 (SoapOperaNetwork.com) — Soap Opera Network can now confirm when “One Life to Live’s” next high school musical will debut.

For weeks “One Life” fans have known that the soap was planning to remind viewers of the turbulent romance of teen lovers Starr Manning (Kristen Alderson) and Cole Thornhart (Brandon Buddy) sometime this spring.  Langston Wilde (Brittany Underwood) wrote the script, and auditions are currently being held.  And now the show prepares to begin filming the big musical number.

Kristen Alderson revealed Monday on her Twitter page that the cast had just received copies of the script for the first day of the musical, which is set to begin on episode #10,686 (according to a picture of the cover page of the script posted by Alderson).  Barring any interruptions or pre-emptions of “OLTL” in the coming weeks, viewers can expect “Starr X’d Lovers” to begin on Friday, May 14th.

In the meantime, there will be some more scenes involving the Llanview teen scene in preparation for the musical.  On Monday, April 5th, Danielle (Kelley Missal) and Destiny (Shenell Edmonds) vie for the lead role in the play.  However, they soon agree to put their competition on the backburner in order to support Matthew (Eddie Alderson).  On Friday, April 12th, the three teens learn who has been cast in each role.  Matthew and Destiny introduce themselves to Nate, the boy who will be playing Cole on Monday, April 12th. And on Thursday, April 15th, Starr remembers the past while rehearsing scenes for the musical.