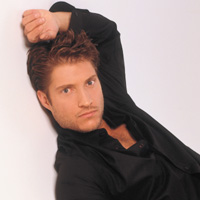 (SoapOperaNetwork.com) — Sean Kanan has taken to his Twitter page to address rumors of his departure from CBS’ “The Young and the Restless.”

On Friday, July 10, 2009, Sean Kanan’s “Deacon Sharpe” landed in Genoa City and “The Young and the Restless,” after being MIA from Beverly Hills and “The Bold and the Beautiful” for some time. His character got back into action with his favorite femme fatale Amber Moore (Adrienne Frantz), who is currently involved with Daniel Romalotti (Michael Graziadei). Recently, the character was hauled off to jail on charges of kidnapping. Since then, fans have been wondering when their favorite bad boy from the other side of the tracks would be returning to the soap. Kanan addresses those questions and answered a few more via multiple Tweets on his Twitter page.

“There has been lots of rumor and speculation about my departure from Y/R so here is the truth straight from my me,” said Kanan. “I was always on reoccurring status. I was not fired and am sick of hearing that I was. I spoke the words that were given to me. The last script I received sent me off to jail. I am thankful for my time on the show and am actively working outside of daytime. I have not been contacted by Y/R regarding my return. It seems that I will also not be returning to B&B any time in the near future,” he continued. “Now you know as much as I do. I hope that we can put an end to the rumor factory. I profoundly appreciate your support.”