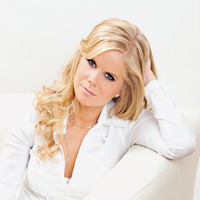 Dorian’s sudden arrival at Mitch’s hideout causes the gunshot Charlie fires to go wild which results in tragedy for an unintended victim. As Natalie’s head begins to clear, she realizes she imagined John was Jared in her delirium and she kissed him. John admits he still feels something for Natalie.

Gigi coaches Stacy through her labor and she delivers a baby girl, which they name Sierra Rose in honor of a special memory they both share from their childhood. Gigi becomes alarmed when she notices Sierra Rose could be in distress. Fish stops Rex from choking the life out of Schuyler. Rex is anxious to tell Gigi all about Schuyler and Stacy’s duplicity.

Dorian wants to put an end to Mitch’s threats once and for all.

Marty and Kim slip out to look for Stacy and John on their own.