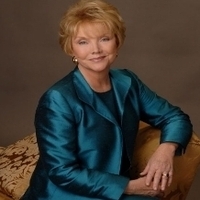 IT HAPPENED TODAY “Escape to the Buchanan Ranch”…

Kim sets out to seduce Clint and is well on her way of doing so when Nora interrupts them with the news of Jessica’s kidnapping. Stacy, meanwhile, is frustrated when her attempt to get closer to Rex comes to a screeching halt when Bo arrives to break the news about Jessica. Gigi’s moved when Schuyler surprises her with a romantic dinner but their evening is cut short as well when Rex informs them Jessica is missing.

Rex and Gigi decide to send Shane to the Buchanan ranch in Texas with Bo and Nora for his own safety. Viki and Clint take Bo’s advice and decide to send Bree to the ranch as well. Gigi and Rex share an emotional goodbye with Shane.

Stacy is desperate for Schuyler to get her the oxytocin she needs to induce early labor.

Rachel and Greg are forced to put their romantic interlude on hold.