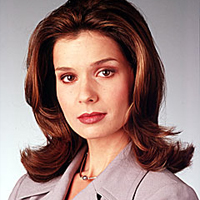 IT HAPPENED TODAY “Missing You”…

Blair, Starr, Langston, Addie, Sam and Jack arrive on Todd’s doorstep and tell him what happened at Dorian’s.

Todd laments to Blair he fears he’s never going to get the chance to know his daughter. Téa arrives in Tahiti with Danielle. Todd longs for Téa and vice versa.

Dorian unburdens herself to the ghost of Mel Hayes, who warns the fight with Mitch is just beginning.

Stacy is terrified of Mitch. Rex arrives just as Mitch and Nurse Charles are forcing Stacy to leave with them. Rex warns Mitch to stay away from his family. Gigi can’t believe Rex spoke to Eli about fighting for custody of Shane. Gigi and Rex decide that Gigi should move back into the carriage house to live with Shane. Rex, however, insists that Schuyler never spend the night when Shane is at home.