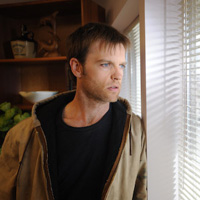 Stacy receives devastating news. Rex is furious when Gigi confesses she offered Stacy money to have an abortion. The tension mounts between Rex and Gigi when he admits he won’t abandon his child but they eventually end up in each other’s arms, resolved to the fact they have a long road ahead of them.

In front of Blair, Todd declares that he wants to be with Téa and only Téa. Blair’s miserable watching Todd and Téa go off together. Todd arranges a special surprise for Téa at UltraViolet.

Nora locks eyes with Bo while sharing a last dance with Clint.

Charlie and Viki share a private dance at the diner and are blissfully happy to have found each other.

Greg thinks he has Rachel all figured out.