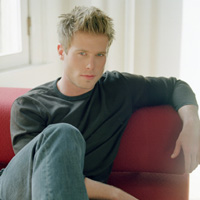 Thinking David’s just keeping her at the hospital to keep an eye on her, Marissa calls JR to bust her out. David later finds JR and Marissa enjoying themselves at the Yacht Club and assumes JR’s been drinking. David makes a deal with Marissa, saying he’ll release her from the hospital if she agrees to stay with him at Wildwind. After leaving Scott to look after Marissa, a shaky JR heads to the hospital and promptly collapses.

Ryan’s alarmed to find Jesse at Zach’s. While Kendall hides, Zach covers his tracks when it seems as though he’s nowhere to be found at first. Kendall secretly eavesdrops on Zach and Ryan’s argument.

Ryan accuses Zach of trying to help take Emma away from him after witnessing Zach accepting Adam’s loan. Annie plays mind games with Scott, fully aware of his attraction to her. Ryan surprises Adam and Annie by showing up unexpectedly at her competency hearing.