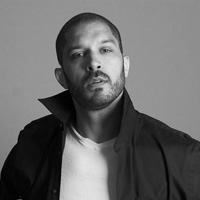 “Can This Marriage Be Saved?”

John interrupts Starr and Cole’s wedding just mere seconds before they would have been pronounced husband and wife. Everyone reacts to John’s news that Cole won’t be going to prison but will be doing community service instead. Cole asks Starr if she still wants to marry him. Téa calls Todd on being disappointed that Cole isn’t going to prison.

Rex lays out his plan to Gigi, explaining they’ll tell Stacy that Shane had a relapse and then follow her when she goes to retrieve the stem cells she squirreled away. Gigi resists at first, believing they’d be tempting fate by lying about Shane being ill. Gigi points out they would have to tell Shane the truth about everything and asks Rex if that would include telling him that they’re back together for good.

Bo and Nora support Matthew as he struggles through his physical therapy.

Shaun admits to Destiny he’d like something more with Rachel. Schuyler and Rachel talk about their feelings for Gigi and Shaun, respectively.