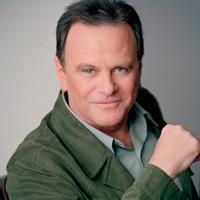 Rex is shocked by how violent Stacy had been the night before. Concerned for Gigi and Shane’s safety, Rex contacts Bo ready to press charges against Stacy. A delusional Stacy fantasizes about a happy future with Rex and their baby. Gigi offers not to press charges against Stacy if she’ll just disappear from her and Rex’s lives. Rex admits to Bo that he slept with Stacy once and never intends to tell Gigi.

Téa thinks Todd’s lost his mind when he gives her a key to La Boulaie and asks her to move in with him, Blair and the kids. Blair hits the roof when Dorian reveals she suggested that Todd ask Téa to move in. Dorian explains there’s nothing she wouldn’t do to keep Blair from making another mistake with Todd.

Nora tries to use Matthew’s lawsuit as an excuse to postpone the wedding. Matthew and Destiny tell Rachel, Greg and Shaun about the lawsuit.