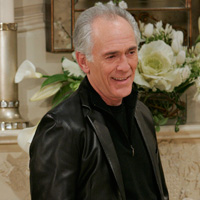 Jason pays Anthony Zacchara a visit in prison. Anthony lies to Jason, claiming he has nothing to do with the current strife between Sonny and the Zacchara’s.

Sonny agrees to give Dominic a chance to prove himself. Claudia makes it clear she hates the idea of Dominic being around.

After arguing with Claudia, Sonny slams out and heads to Olivia’s. Sonny and Olivia argument ends with a surprise.

Spinelli is paralyzed with stage fright when he finally takes the stage at Jake’s.

Jason is left speechless by the sight of Sam in the sexy outfit she’s wearing for her undercover work.