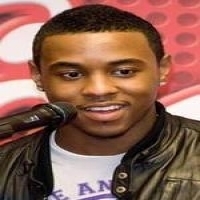 (SoapOperaNetwork.com) — Jeremih (Felton), whose recently released debut single “Birthday Sex” has climbed to the top of the charts, teams up with Lionel Richie when the Motown legend makes his “One Life to Live” debut late next month.

In an update to a story SON first brought you last Thursday, the R&B newcomer taped scenes with the crooner on “OLTL’s” UltraViolet set last Friday, which are set to air sometime in July, according to an ABC press release.

Says “OLTL” Executive Producer Frank Valentini, “We are proud to have hosted a tremendously talented group of musicians on ‘One Life to Live.’ We welcome the enduring talents of such an accomplished musician as Lionel Richie and the creativity of a new artist like Jeremih. We look forward to bringing our fans a first time collaboration between these two very talented musicians.”

“Chicago sensation Jeremih boasts the unique accomplishment of achieving the No. 1 MySpace song for more than three weeks with 60 million plays and counting for his song “Birthday Sex.” The 21-year-old singer, songwriter, producer and multi-instrumental musician also has achieved the No. 1 spot on Urban Radio for the past four weeks, No. 2 at Rhythm radio, the No. 1 most added at Pop radio last week. He is currently holding the No. 4 position on Billboard’s Hot 100 chart and No. 1 on Billboard’s Ringmasters chart. His self-titled debut album, “Jeremih,” is set to be released on June 30th,” the statement goes on to say.

Jeremih will accompy Richie during a performance of the Oscar®, Golden Globe and five-time Grammy Award winner’s latest hit single “Just Go,” from his album of the same title.

To learn more about Jeremih, check out his official MySpace page.