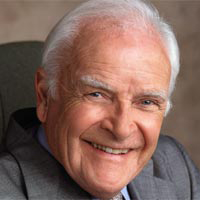 Carly’s furious with Sonny for buying Michael the sports car but Jason points out why she has to let Michael keep it. Carly tells Sonny she wants Michael to live with the Quartermaines. Jason explains to Edward why he can’t move back into the mansion with Michael.

Rebecca shows Nikolas her idea of a fun evening by bringing a horror flick to Wyndemere for them to watch. Rebecca panics when she spots Ethan spying on them and privately confronts him. Ethan reminds Rebecca that he is her partner and Nikolas is their mark. To prove her loyalty, Rebecca pulls Ethan into a kiss.

Alexis faces the press after Mayor Floyd announces they had an affair. Kristina is completely embarrassed over Alexis’ affair being made public and stands up to her mother when Alexis becomes angry after finding her alone with Michael.

Spinelli tries to keep a seductive Maxie at arms length, reminding her that their previous lovemaking only led to heartache and remorse.