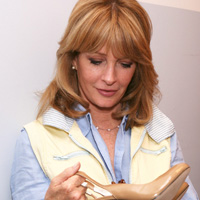 “Hollywood CLOUT” is a national radio talk-show dedicated to “Pollywood,” a combination of Hollywood celebrities, politics, social issues and activism. The show is regularly hosted by personality Richard Greene.

Hall has stood in for Greene several times over the past year, including her recent stint in April. In fact, Deidre started her career as a DJ in Florida.