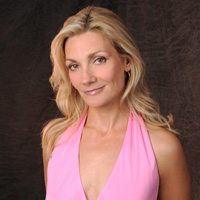 David desperately wants to get to the hospital when he learns Krystal collapsed after their car accident. Krystal knows that David cares about her but resists the urge to get drawn back in by him.

JR proves to be a good friend to Marissa when she tells him she blames herself for the deaths of her adopted parents.

Kendall puts a stop to Zach and Ryan’s arguing after she and Zach bring Ian home from the hospital. Kendall tells Zach and Ryan she needs both of them to help keep her out of jail. Zach believes going after Henry North is the best way to protect Kendall.

Ryan has no intention of helping Liza build a case for Annie’s defense.

Taylor and Brot address the fact that their relationship isn’t what it used to be. Brot walks away unnoticed when he later sees Taylor sharing a laugh with Tad.

Taylor urges Randi to stay and fight for Frankie. Randi lets Frankie know she’s with him for the long haul. Frankie takes a major step when he allows Randi to feed him.