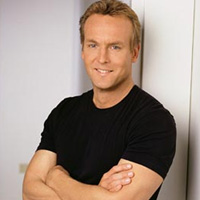 (SoapOperaNetwork.com) — Wedding rings on the brain…

Nick learns that Sharon is moving back in the Abbott mansion. Murphy comes through for Amber and Kevin after bonding with the Governnor, Monday, May 11. Adam hasn’t shed his scheming side when he once again starts plotting on Tuesday, May 12.

The Inside Story: Finally to the Alter
Lily and Cane are busying themselves with wedding preparations when Katherine pays Cane a visit. She offers Cane a very elaborate gift, however, Cane feels uneasy with accepting it and makes the suggestion that she instead offers up a donation for homeless children instead. After she as departed, Cane and Lily go off by themselves to talk to one another about their woes in their past relationships. Lily, however points out to Cane that unlike Daniel or Billy, he’s an honest, stand-up guy that will always truly love her. As the wedding draws near, Neil presents Lily with Drucilla’s wedding gown to wear. Lily is instantly touched and agrees to wear it. Moments later, Lily and Cane exchange wedding vows and prepare to finally have a happy life together.

A Closer Look: Another Suprising Proposal

Paul, wanting to move his relationship with Nikki to the next level, decides to pop the question. Nikki however is floored by the proposal and instantly begin to have doubts as to whether it is the right decision for their relationship and requests that Paul give her some time to think things through. When she leaves she goes to see Katherine to discuss what just happened. Katherine gives Nikki heart-felt words letting her know that she does deserve to be happy, and Paul does that for her. Realizing that Kay’s words are true, she goes back to Paul and lets him know that she accepts his marriage proposal. Later on, Nikki announces to her loved ones that Paul and she are engaged. Victor, who has heard the news, offers his congratulations to Nikki, but later goes to Victoria and lets her know that he feels his ex is making a rash decision.