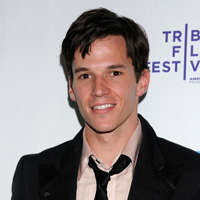 (SoapOperaNetwork.com) — “Days of our Lives” brings in a new face to the Horton clan, while a couple of Brady’s finally hit the road.

Rachel Melvin is back as Chelsea Brady returns from London on Wednesday, June 10. Look for Chelsea to lead Max Brady out of Salem on Thursday, June 11 as portrayer Darin Brooks sets his sights on Spike TV’s “Blue Mountain State” later this year. Brooks joined the cast in June 2005.

Mark Hapka is joining the cast beginning Wednesday, June 17 as Nathan, Maggie’s (Suzanne Rogers) grandson. Nathan will be interning at Salem University Hospital along-side Melanie Layton (Molly Burnett). From 2007-2008, Hapka portrayed the role of a 15 year-old Johnny on the NBC drama series. His other credits include a starring role in webisodes of the CBS drama “Ghost Whisperer” as Zach. Recently, he appeared in an episode of Disney Channel’s “Hannah Montana.” As in “DAYS” tradition, look for Hapka to kick the summer season off accordingly as Nathan’s shirt comes off on day one.

Casey Deidrick is joining the cast as Chad, Mia’s (Taylor Spreitler) ex-boyfriend and father of her baby, whom she gave to Nicole (Arianne Zuker) to pass off as her own. A first airdate hasn’t been set. Look for Chad to stir things up between Mia and Will Brady (Dylan Michael Patton).

Is former “Sunset Beach” and “Passions” star Nick Stabile joining “Days of our Lives?” That’s the story according to published reports. Soap Opera Network will keep you posted as news develops.

“Days of our Lives” airs Weekdays on NBC. Weeknights on SOAPnet.