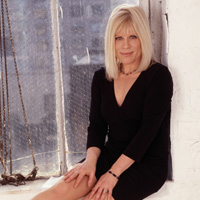 Jared and Natalie decide to keep their mouths shut about baby Chloe, agreeing the truth could shatter Jessica’s already fragile state of mind. Dorain gloats to Ray that David is going to be a big television star, only to be embarrassed after seeing him in a television commercial for hemorrhoid relief. Dorian is further disheartened when David phones her with the news that he has agreed to become the company’s official spokesperson on Tuesday, April 7, which leads her right into Ray’s awaiting arms and lips. Unbeknownst to either of them, however, is the fact that Jack snapped a picture of the pair lip locking. Luckily, Ray manages to foil Jack’s attempt to blackmail his aunt with the incriminating photo. But later, Dorian decides to ruffle David’s feathers by sending him the photo, which Langston accidentally sees. On Thursday, April 9, Ray warns a dismissive Lola about driving a wedge between Langston and Markko. Meanwhile, Dorian confides in Langston that she is starting to see the girl’s uncle in a new light. But on Friday, April 10, Ray brings down Dorian’s spirits by apologizing for flirting with a married woman. And Markko comes clean to Langston concerning Lola’s unwelcome advances. Elsewhere in Llanview, Clint’s welcome home party for Matthew backfires on Tuesday, April 7. Nora attempts to reassure Clint that his intentions were good, but the distance between them is apparent. Rachel surprises a grateful Nora with a visit on Tuesday, April 7. Still hurting for Matthew, Nora draws strength from Hank and Rachel. And Destiny attempts to convince Shaun to contact someone that she is certain can help Matthew.

The Inside Story: Desperate Times Call for Desperate Measures
Roxy solves the puzzle and confronts Stacy about blackmailing her sister. Nonetheless, Stacy remains confident that she will prevail in the end. Still under her thumb, Roxy is forced to assist Stacy in tricking Kyle into believing that John Doe’s bone marrow came from Stacy. Despite her best efforts to avoid being pricked, Stacy is subjected to injections to extract her bone marrow on Tuesday, April 7. At the same time, Roxy and Kyle arrive at the clinic to get bone marrow from Rex’s father. Brody wishes he could come clean to Jessica, who confesses her feelings to Natalie. On Friday, April 10, Gigi is honest with Jessica about what happened with Brody, which Rex overhears.

A Closer Look: Déjà Vu
Schuyler is taken by surprise when Starr attempts to put the moves on him, and Cole nearly beats down his door. With Starr in hiding, Cole accuses the former teacher of having an immoral relationship with his ex-girlfriend. After Cole storms out, Schuyler begs Starr to leave him alone and makes it clear that there is nothing between them. However, Cole spots a distraught Starr leaving Mr. J’s apartment. Across town, Todd is confronted by former frat brother Zach Rosen, who blames Todd for making his life a living hell. Jealous of Todd’s freedom and fortune, Zach demands his due share or else on Monday, April 6. Todd manages to show Zach the door, even though he makes it clear to Todd that he has not seen the last of him. On Wednesday, April 8, John is on the hunt for evidence in Zach’s motel room. Meanwhile, Marty makes amends with Blair for being with John the night she was stabbed. Blair asserts to Marty that her marriage to John has meaning. Cole cohorts with the enemy on Wednesday, April 8, when he informs Todd that Schuyler has been getting a little too friendly with Starr. Zach knocks Cole out cold. Starr races to stop her father after discovering Llanview High sent Todd a letter about her and her teacher, but ultimately bumps into Zach instead. Unaware of his true identity, Starr soon discovers the danger she is now in. Cole rushes to Starr’s side, just as Zach pulls out a gun. Fortunately, on Thursday, April 9, Cole is successful in tipping off John. Meanwhile, Todd confronts Schuyler, who blatantly denies the allegations. Furthermore, Todd becomes physically violent when Schuyler blames him for Starr’s woes. Téa seeks more advice from Viki concerning Todd. On Friday, April 10, Todd is desperate to help his daughter after learning that Zach is holding her hostage in Marty’s old bedroom. After busting into the room, Todd watches in horror and disbelief as his old frat buddy compares the present predicament to the night he, Todd, and Powell Lord raped Marty all those years ago.