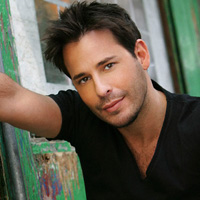 Adam admits to Erica that there is something wrong with him but the doctors don’t know what it is on Monday, April 9. JR and Tad confront Adam about the reports they heard concerning his strange behavior at the hospital. Jake continues to be drawn to Amanda and suggests to the mother-to-be that they go into hiding and raise her baby together. David rushes Krystal to the hospital when she collapses from the pain in her side. A devastated Krystal learns she suffered an ectopic pregnancy and is now barren. On Wednesday, April 8, a smitten Amanda can’t bring herself to allow Jake to leave everything behind for her. Krystal is keeping a secret from David. Brot begins on a new career path. Taylor and Tad enjoy another friendly encounter. Adam refuses to allow JR to cut off Chandler funding for Scott’s struggling production company. Erica urges Adam to be honest with JR and Colby. JR and Scott get off to a rough start. David sets his sights on Scott. Frankie privately worries about leaving Randi behind.

The Inside Story: The Calm Before
Kendall lashes out at Reese who stops by the hospital to check on Ian’s condition. David gives Zach and Kendall the good news that Ian survived surgery but warns them that he still faces a tough road ahead. Kendall and Zach connect as they watch over their son. On Tuesday, April 7, the Slater’s agree to put their differences aside for Ian’s sake and soften towards each other more than they have in a long time. Ryan wonders if Kendall is on the road to getting back together with Zach. Kendall explains to Ryan that all of her energy is centered on her boys right now but assures him that she does love him. Zach and Kendall’s thaw continues. Zach realizes that Kendall hasn’t signed the divorce papers when he returns home. Zach returns to the hospital with Spike and the family is reunited for the moment at least on Thursday, April 9. Erica and Ryan end up stranded together. Kendall and Zach bring Ian home from the hospital. Zach comforts Kendall. Kendall and Zach share a kiss. Erica admits to Ryan that she’s trying to keep him away from Kendall and Zach and urges him to get on with his life and find another woman, insinuating that woman could even be her.

A Closer Look: The Original Sin
Annie fights Aidan’s assertion that Tori only exists in her mind. A protective Aidan doesn’t reveal the extent of Annie’s instability to Dr. Burke. Annie fears she killed Tori. With Aidan’s support, Annie fights her fears and goes back to the night of Tori’s death in her mind. Annie remembers seeing Richie with a baseball bat in the cellar with her and Tori. The detective deduces that Richie killed Tori in a fit of rage and then convinced a young Annie that she was the murderer. Aidan is confident that the truth has set Annie free and that she will finally be able to heal. Annie fears that Emma’s suffering from all the upheaval her insanity has caused. Her motherly instinct proves to be correct when Emma is sent home from a field trip after hitting a classmate who made fun of Annie. Ryan decides to pay a visit to Annie before making a final decision on allowing Emma to visit her mother. Ryan is not convinced that Annie is really better and refuses to bring Emma to see her. Annie is up to her old tricks when she places a call to Emma to arrange a secret visit on Friday, April 10.