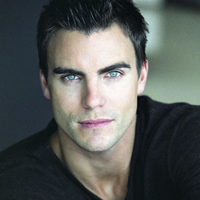 (SoapOperaNetwork.com) — From daytime to primetime.

Congratulations to Colin Egglesfield. The actor whose controversial character, Josh Madden, was permanently aborted from the “All My Children” scene earlier this year, has been cast in a leading role on the CW’s updated version of “Melrose Place.” The series that originally aired on FOX is centered around a group of driven and attractive young people who live in the same apartment courtyard complex and who end up getting way too involved in each other’s trials and tribulations.

The 36-year old hottie, named one of People Magazine’s “Sexiest Men Alive” in 2005, will play Auggie Kirtpatrick. Auggie is an avid surfer and a ambition sous-chef at one of Los Angeles’ hottest restaurants. Other actors cast as “MP” residents include Michael Rady who will play filmmaker Jonah Miller (think Billy); Katie Cassidy who will play Ella Flynn, sharp-tongued publicist (think Amanda); Ashlee Simpson-Wentz who will play Violet Foster, a small town girl who comes to L.A. with a secret (think Sydney); Jessica Lucas will play wealthy and beautiful elementary school teacher Riley Richmond; and Stephanie Jacobsen who will play Lauren Bishop, a medical student by day, a high-end call girl by night. The series is a go for the 2009 fall season. “Smallville” producers Todd Slavkin and Darren Swimmer will produce the pilot episode and will continue on the series as executive producers.

Egglesfield is not the only “AMC” alum hitting prime-time, Rebecca Budig (who played “the real Greenlee” Smythe off and on from 1999-2009) recently booked a guest star appearance on the hit CBS comedy-series “How I Met Your Mother.” Budig will play Holly, a girlfriend of Ted’s (Josh Radnor), in one of the final episodes of the season.

“All My Children” air Weekdays on ABC. Weeknights on SOAPnet. “Melrose Place” will air on The CW in the Fall of 2009. “How I Met Your Mother” airs on CBS on Monday nights. Check local listings.