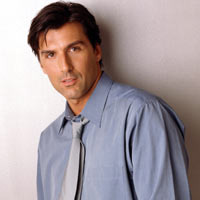 The Inside Story: Dr. Strangelove

David blames Krystal and the Chandler men for coming between him and Babe and violently pummels JR. Despite Krystal’s best efforts, David remains intent on making JR and Adam pay. JR resists the temptation to drink. Adam and JR find Little Adam with David. JR pulls Little A away from David, who announces he’s going to sue for full custody of Babe’s son. JR threatens to kill David. Krystal, Adam and JR form a united front against David, who later leases Wildwind. David tries to goad JR into killing him at Babe’s funeral. Krystal witnesses the depth of David’s grief. JR tries his best to give his son a joyful Halloween.

A fearful Ryan rebukes Jesse’s help after the kidnapper gets wise to the secret meeting Aidan set up and leaves a chilling threat. The kidnappers’ instructions lead Ryan and Annie to a sleazy motel room, where they find Aidan already waiting for them with a video of Emma. The kidnapper demands ten million dollars for Emma’s safe return. Annie asks Greenlee to provide the funds that she and Ryan can’t come up with. Annie disappears with the bag of money before Ryan is able to plant a tracking device in it. Greenlee and Ryan find Annie at the drop off location, with a gunshot wound to her arm. Ryan dodges Jesse and takes Annie to the hospital.