(SoapOperaNetwork.com) — Talia makes a deal with the devil in order to save her friends and loved ones. 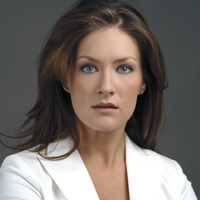 While they are out shopping, Blair and Jack encounter Todd. Falling into their old familiar routine, Todd and Blair argue with one another. Afterward, Blair discovers a nightgown in one of her bags, and realizes that Todd must have bought it for his new ‘girlfriend.’ Starr and Cole are both heartbroken following their breakup. Dorian receives the cold shoulder when she crashes Viki’s goodbye party in search of Todd. Todd is filled with rage when he returns home to find Blair and Keys together. Todd immediately fires Keys, who doesn’t take the termination of his employment lying down. Blair and Todd have a major confrontation over the woman he is hiding upstairs. Meanwhile, Llanview Mayor Stan Lowell temporarily promotes John to the office of Police Commissioner, and plans to reinstate Bo to the position one he returns to town.

While still in Mendorra, Jonas shrewdly informs Talia that he has murdered Antonio. Afterward, Talia manages to ward off Jonas’ advances when he suggests they consummate their new marriage. Meanwhile, across the royal palace, Antonio devises a plan to disable the guards. A shocked Jonas and Talia are taken by surprise as Antonio barges into the room and runs off with Talia over his shoulder. At the same time, Cristian saves Tina and Cain just as they are about to lose their heads. Shortly thereafter, Antonio, Cristian, Talia, Tina, and Cain run toward an airstrip only to be confronted by Carlo and his goons. But just when all hope seems lost, Talia makes a bargain with Carlo by agreeing to remain in Mendorra if he allows the others to leave. When Antonio’s protests to Talia fall on deaf ears, he vows to return for her. Meanwhile, Cristian and Tina are left speechless when Sarah miraculously ‘returns from the dead.’ Back in Llanview, David Vickers makes a donation to the nuns at St. Ann’s in the form of his canine namesake. Back in Mendorra, Cain takes his leave by parachuting out of the plane with the crown jewels after confessing to Tina that he stole them back. However, Tina remembers that she hid the real jewels in doggie David Vickers’ jacket. After their plane finally arrives back in Llanview, Tina and Viki are reunited briefly before Viki leaves town to promote organ donation. Tess is none to pleased to discover that Auntie Tina will be staying at Llanfair. However, Tina and Natalie form a close bond. Also, Sarah and Cristian are very much in love. And Antonio faces an uphill battle in his attempts to bring Talia back to Llanview. Tina is delighted to have her hands once more on the Mendorran Crown Jewels.

Stuck in 1968, Bo (as Asa) ensures that history repeats itself by hiding from Clint the fact that Maria is pregnant with his baby. After encountering a man named Jeremiah at the Bon Jour Cafe, Bo and Rex are intrigued when he mentions a book about time travel and portals to other dimensions and universes. Their hope of returning to 2008 becomes stronger when Bo, Rex, and Jeremiah discover that Rex’s cell phone could lead them to a time portal. Rex makes a discovery and is disgusted at the idea that Bo will have sleep with Gigi’s double Emma in order for history not to be rewritten. Meanwhile, back in 2008, David is puzzled when he can’t see his reflection in a mirror. Back in the past, Rex contacts Professor Delbert Fina, author of the time travel book, and takes notice that she looks amazingly like a male version of Madame Delphina. Fortunately, Prof. Fina believes he can be of assistance to Bo and Rex. Meanwhile, in 2008, thinking she may be able to help, Madame Delphina is able to convince Gigi has Rex has gone back in time, resulting in Gigi asking Madame Delphina for her help. Brody intercepts Rex’s phone call to Gigi and thinks they are involved. Bo manages to force himself to act like his father and sends Maria away so history will repeat itself. Prof. Fina warns Bo and Rex that time is running out for them to return to the future. Meanwhile, Gigi and Madame Delphina set off on their journey to reach Rex.