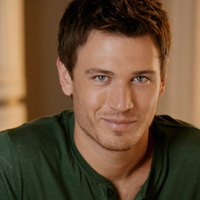 (SoapOperaNetwork.com) — Just six months after joining “As The World Turns” in the contract role of Mike Kasnoff, Soap Opera Network has learned that Jon Prescott has been let go from the CBS soap.

According to a posting on his website, Prescott confirms his ouster citing budget constraints as the reason for his termination.

“I’d like to express my gratitude to the entire cast, crew, and production team who have made this an irreplaceable experience,” said Prescott. “I have been privileged to be a part of ‘As The World Turns’ and this concludes an invaluable education. Most importantly, thank you to the fans who have been energetic supporters of both Mike Kasnoff and the show as a whole. Stay tuned as I share my next creative challenge with you shortly.”

His last airdate is unknown at this time, but the actor is said to be appearing well into the fall.

Prior to joining “As The World Turns,” Prescott had a starring role in the MyNetwork TV series “Watch Over Me.” His other credits include guest-stints in “Las Vegas,” “CSI: NY,” and “Hot Properties.” He also hosted “Outdoor Investigations” in 2006 for the Outdoor Life Network. His film credits includes the 2006 film, “The Holiday,” starring Cameron Diaz, Kate Winslet and Jude Law and the 2007 film, “Careless,” co-starring Tony Shalhoub (“Monk”).