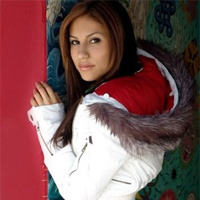 Beginning with the Wednesday, July 23 episode of the soap, look for actors Rolando Molina and Kristin Herrera to join the cast in the recurring roles of Sal and Lourdes, who will have a connection to Johnny (Brandon Barash) and Lulu (Julie Berman).

While on the run from the police, Johnny and Lulu encounter Sal, a neighbor of Johnny’s former piano teacher. Sal agrees to let Johnny and Lulu stay in the piano teacher’s apartment only after Johnny proves he was indeed one of the professor’s students. Additionally, Johnny agrees to give piano lessons to Lourdes, Sal’s sister.


What to Watch: Look for Lourdes to develop a crush on Johnny when the two meet.

Molina, a film star with a number of television credits under his belt, can next be seen in the horror film “Skinned” playing Detective Soria, who investigates the grizzly murders of women vying for the title of “Miss Latina Beauty” in the “Miss Latina Beauty Pageant.” The film, set for release later this yea,r stars newcomer Britainie DeGarbott.

Herrera is best known for her role as Dana Cruz on the Nickelodeon series “Zoey 101,” starring Jamie Lynn Spears. She has also guest-starred on such shows as “Without a Trace,” “ER” and “NYPD Blue.” Ironically, from 2000-2004, Herra had an uncredited role on “General Hospital.” This, however, marks the first time the actress has had a significant role on the soap.