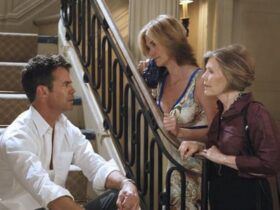 Christian made his television debut on CBS’s “As The World Turns” in 1994 as the original Mike Kasnoff. He has also appeared in such primetime series as “Pacific Palisades,” “Beverly Hills, 90210” and more recently as Johnny Durant on The WB’s “Summerland.” The series aired for two seasons on the network and co-starred Lori Loughlin (“Full House”) and singer-actor Jesse McCartney (“All My Children”).

Shawn can next be seen on the big screen in “Starship Dave” with Eddie Murphy, “Small Town Saturday Night” with Chris Pine (“American Dreams”) and “Killer Moves,” which are all due out for release later this year.