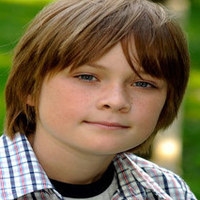 (SoapOperaNetwork.com) — Thirteen-year-old Austin Williams is placed on recurring status with “One Life to Live.”

Soap Opera Digest is reporting that the teenage actor, who has portrayed Gigi and Rex’s son Shane Morasco on “OLTL” since October 2007, has been bumped from contract to recurring status with the ABC soap.

Prior to joining “OLTL,” Williams appeared in as a childhood version of Matt Damon’s character Edward Wilson in “The Good Shepherd,” and was nominated for a Young Artist Award for “Best Performance in a Feature Film – Young Actor Age Ten or Younger” in 2007 for his performance as Henry Clayton in the 2007 movie “Michael Clayton.”  He has also received Young Artist Award nominations for his work on “One Life to Live.”

Despite being on contract with “OLTL” since making his debut on the show, Williams has been used sparingly.  In 2009, he appeared in only 54 of the soap’s 250 new episodes that year.