(SoapOperaNetwork.com) — The Disney/ABC Media Networks division of the Walt Disney Company wants America to be “Ugly” in 2007.

Beginning today at 9:00 AM ET with a 10-hour ABC Family marathon, the Disney/ABC Media Networks have banded together in the cross promotion of the ABC Television Network hit one-hour comedy series, “Ugly Betty.” The series stars America Ferrera as Betty Suarez and Eric Mabius as Daniel Meade. On January 1, New Year’s Day, SOAPnet will join in the fun with it’s own 10-hour marathon of “Betty” beginning at 10:00 AM, ET. The SOAPnet version is being billed as the “Betty Bowl.”

“Be Ugly ’07,” the Pro-Social campaign behind the media blitz is ABC’s way of telling America to “Resolve to Be Real, Be Smart, Be Passionate, Be True To Yourself, Be Ugly Like ‘Ugly Betty’ in 2007.”

The “Ugly” campaign starts on-air during “Dick Clark’s New Year’s Rockin’ Eve,” as hundreds of Betty look-alikes will be in Times Square and Walt Disney World giving out “Ugly Betty” masks to help people see the world through Betty’s eyes, where ugly is beautiful. Also, on January 1, the look-alikes will distribute masks at the “Rose Bowl Parade,” which airs live on the broadcast networks starting at 11:00 AM, EST. Check local listings for stations.

ABC has teamed with Girls Inc., a nonprofit organization that inspires all girls to be smart, strong and bold, on “Be Ugly ’07.” At an event in New York on January 8, a special appearance will be made by February’s CosmoGIRL! cover girl and star of “Ugly Betty,” America Ferrera. The issue hits newsstands on January 2. Unveiled at the event will be a t-shirt designed for the campaign to raise money for Girls Inc., and available for purchase at www.BeUgly07.com.

In addition, multi-platinum recording singer/songwriter, Jason Mraz, has composed “The Beauty In Ugly” as the official song for the campaign. The song will be used in a variety of mediums including the television campaign and a music video in support of “Be Ugly ’07.” A Spanish version will soon be made available. You can hear the song in its entirety at www.BeUgly07.com. The song will be released for download in January through the iTunes Music Store with a portion of the proceeds going to Girls Inc.

Cast of ‘The Young and the Restless’ on ‘Marie’

On the Monday, April 1 edition of daytime talker "Marie," Marie Osmond is joined by the cast of CBS' "The Young and the Restless" as they celebrate the 40th anniversary of their show. 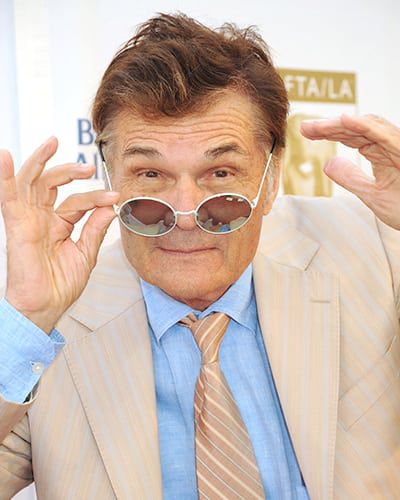 CBS’ dramatic series, “The Bold and the Beautiful,” may be getting a shot of comedic relief: Famous funnyman Fred Willard is heading to the sudser for a four-episode arc as the younger brother of Eric Forrester (John McCook)!

Internationally renowned actress Jeanne Cooper, who played the vibrant and tough grand dame with a heart of gold, Katherine Chancellor on “The Young and the Restless”, died on May 8, 2013 after a brief illness.