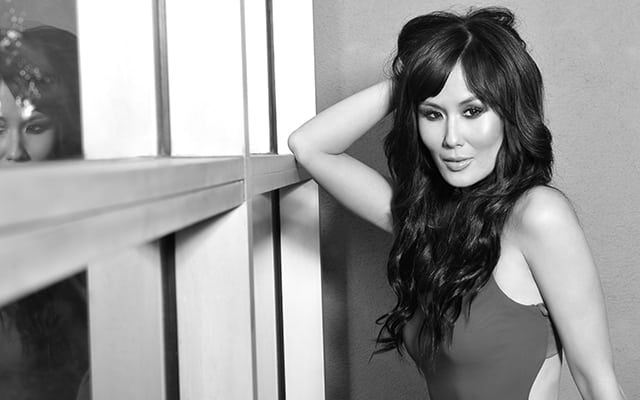 Former “General Hospital” star Minae Noji (ex-Kelly Lee) hit the big screen this month in the new "Teenage Mutant Ninja Turtles" film opposite Megan Fox and Whoopi Goldberg, but that’s not all the star has up her sleeves these days! Soap Opera Network caught up with the busy actress just before TMNT was released, and while she spilled the deets regarding the film in Part One of our interview, here, she shares information about her latest project that involves “GH” stars Kent King (ex-Lainey Winters), Ron Melendez (ex-Andy Archer), Dominic Rains (ex-Leo Julian) and Graham Sheils (ex-Cody Paul)!
byKambra Clifford

It wasn’t that long ago that Minae Noji was starring as “General Hospital’s” Dr. Kelly Lee, and now — BAM! — she’s portraying the fierce ninja warrior Karai in the newest installment of the Teenage Mutant Ninja Turtles film franchise. Soap Opera Network caught up with the busy actress, who spilled details regarding the film, what Megan Fox is really like in the role of April O’Neil, and how her “GH” experience ultimately led her to sharing the screen and red carpet with the likes of Whoopi Goldberg, William Fichtner and Will Arnett.
byKambra Clifford