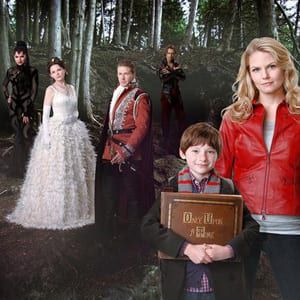 On Tuesday, May 17, the ABC Television Network presented its 2011-2012 primetime schedule in front of advertisers, affiliates and the press. Two months earlier I received intel on a new series called "Once Upon a Time" that the network had in development where fairy tales and the modern-day collide in the town of Storybooke.